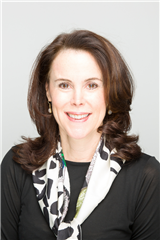 Advancement Director
Janet Rosenblum has been involved with Jewish organizations and philanthropy throughout her adult life and returned to Sinai Akiba as the Advancement Director in March of 2020. Prior to her new role at Sinai Akiba, Janet served for four years as the Director of Advancement for Beit T’Shuvah, a residential recovery center and educational institute in Los Angeles. Janet set new records of philanthropic support for several of Beit T’Shuvah’s annual fundraising programs in addition to launching the organization’s Legacy and Planned Giving Initiative.
Janet served as the Development Director for Sinai Akiba Academy from 2003 to 2016 and was instrumental in building the School’s comprehensive fundraising program. She directed the first formal endowment initiative known as Generations, which helped to build Sinai Akiba’s endowment that now has holdings of over $20 million and remains a top priority for the School. Janet also worked extensively on Sinai’s Centennial Campaign, a collaborative effort between Sinai Akiba Academy and Sinai Temple, that made the renovation of the 3rd and 4th floors of the current building possible.
Janet began her professional career in public relations working at a full-service agency and later became a deputy to former Congressman Mel Levine in his Washington D.C. office and then served as the chief of staff for the Congressman’s district office in Los Angeles.
Janet and her husband Bobby are long-standing Sinai Temple members and their children, Michael and Sarah, attended Sinai Akiba. Janet served on Sinai Temple’s Board of Directors from 2017-2020 and served on the Board Development, Catering and Development Committees. As a parent in the School, Janet was on the Sinai Akiba Board and chaired the Development Committee. She has worn many hats both as a professional and lay leader.
Janet earned her BA at the University of Southern California and is a graduate of the Wexner Heritage Foundation, a Jewish learning and leadership development program. She remains active throughout the Jewish community as a volunteer and supporter. She is a proud Lion of Judah with the Jewish Federation and served on the Federation’s Board of Directors while co-chairing LA Couples. She is supportive of many other organizations including AIPAC, Beit T’Shuvah, and Camp Ramah just to name a few.
Janet is delighted to be back at Sinai Akiba Academy in a professional capacity.
Back
1 / 3